Imagine a people long ago—a folk with beliefs outside your own—who came across a bright idea, a hope, maybe even a virtue, and that they positively pursued that bright idea together.

Perhaps a great difficulty inspired them and strengthened them to come to know that virtue and to rally themselves to it honestly—like maybe it was a trial of captivity and escape, or of running out of food and water because they had counted on the weather being their friend instead of putting their minds to the task of devising new tools. Then again maybe there was a folk inspired by something positive from their ancestor, such as an especially good man who after much testing in life had felt he had been visited by a spirit in the night, and learnt after that strange visit to build their boats differently or to organize their crops in a better manner, or to sing corporate songs that rallied his tribe to better communications and intellect.

Imagine such a people long ago, so unlike the ways we would think to endorse today—who nevertheless through coincidences or sleep’s dreamy imaginations or through improvisations which arise from survival—that such a people then emerged upon the world’s stage because of… an Advantage, an Angel…they had acquired from their experiences. It was a geniusness that they had acquired from a moment and revelation. A strength, a positive favor that made the natural order of things around them, smile upon and allow them to grow, build, and become great. Within their collective psyche and personality, the things around them fared well also, as if they were “Angelic” in some ways, even to many other people’s benefit and progeny. This, a people with an Angelic uniqueness different than yours or mine, or seemingly, than even our God’s, for our own angelic ways might have never even anticipated theirs!

Imagine such a people, angels among angels among a greater humanity, bearing a happiness of sorts that any beneficent God would have smiled upon because they—though not knowing about Him, or yes, knowing Him—had properly (honorably?) received His allowance of their fortunes no matter their acknowledgement of the details about Him, for God is also good “generally,” and not merely “specially,” and His command of Angels is broad, as is His court. For the stretch of those places that He prepares for us in advance, sometimes are in isolation from one another, and are to one day be brought excellently into a better and more integrated pattern, though maybe not immediately today. In such a people’s midst there had come a light or a spark of original spirit, wisdom, or strength—perhaps it even had a name they whispered about it, told a primitive anthology about it with true representation, and leaned their gratefulness towards it when the right crops came in of their work.

Imagine such a people with angelic quality. But time expires and the great insight they followed honestly before brings forth bounties which more spoiled and more secretive men among them fear to lose, or want too much of compared to the shares of their brethren. Such members among the people begin carving out assurances for themselves through the polity of their folk, and inch by inch the structures and mannerisms of that people’s lifestyle begins to alter from the pure geniusness that prospered them in the first place. Truth be told, now many of them serve a different purpose than the original dream, though secretively, and some of the watchers of their people begin to connect the dots between the emergence of new and disturbing gaps and frailties, and that of the increase of charlatans in their leadership.

So it is that the lovers of influence and bounty recognize that their activities could use some authoritative endorsement where there is none, and they begin bending and interpreting and educating the people to believe slightly altered definitions of the rules their society had long ago posited to manage that seed of geniusness which originally caused them to thrive. Those new definitions are exaggerations or reductions or exceptions which nuance-away the spirit of the original people’s angelic geniusness, and bit by bit the people begin to be purposed towards something completely foreign altogether. Stille the need arises to legitimize this new and concocted spirit which the people’s Establishment had now begun to form. So they begin naming the whole system by a formal title—and then acting as if to obey it—with names such as Empire or Asherah or Yahweh or Dagon—names which (at least to some or one of them) had actually once been True Entities (their original Angel!) who had efficaciously served the vitality of true adherents of those names, but which those same names NOW represented a conjured Idea disguising the fact that the Establishment was really the violator—not keeper—of that people’s original Angel.

And so it goes that Empire, Asherah, Yahweh, or Dagon is believed to have been that very original spirit which made that people long ago great in the first place. But the final Dagan is not the original and humble and helpful one, nor perhaps is the Yahweh the same as the real one, though the name is now imported. Nor is the original genius angel of that people even existent at all—it has long lapsed or abandoned them—and the masses are utterly tricked by the fact that they bear the same name. Also tricked, are that people’s competitor peoples, for they see no good reason their competitor should have ever arise in the first place, and they hear the formal name of its god or spirit or angel and say to themselves, “This is everything opposite what we espouse and so they be our enemy.” Little do they know, however, that a true and beautiful angel brought their competitor long ago to survive them still today, and that the name and the manner by which they now claim themselves are not true representations of the seed of truth lying deep in the hidden recesses of their heritage. So it is that heritages hate one another instead of seek to redeem the others’ Angel. Nor do the competitors realize that they, too, underwent the same horrible slide of de-formation and that the spirit or god or angel that they suspect is beautiful is not—by that god’s formal name they utter—any different than their competitor people’s. No, their competitors’ angel is the actually the same as theirs, though by different names, and both their angels are the opposite of who they think their angel is; they are anti-angel of their original Angel, and the each their original Angels were a different geniusness, actually, of a same Angel. The only difference now between them is the shape of the ruse—but the same ruse–that has captivated them both.

Does there, in a time that has come to this, require a moment for the best obeyers of the original, say, Dagon, to slay that which is now called Dagon, for this—this!—he really is not, but instead he is the ultimate Prevention of the people, and He is but the costume donned by those who he really is: the wiles of spoiled and secretive men who should now pass away. 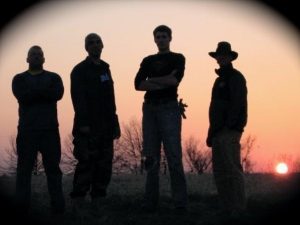